Church from the Ashes

“Waddington is determined to carry on.  The Church has been hit, very hard hit and for one year the Diocesan appointment was unpaid.  The default is to be made good.”

Thus the Lincoln Diocesan Magazine of October 1942 recorded the church’s difficulties.  The Revd. F.Davisson assisted the community to look forwards to the time when they would have a new Church.  He departed in 1949.

E.M.Wrights and son of Lincoln.

The structure was to be reinforced concrete framework with exctensive use of Ancaster stone for facings, window mouldings etc. It was to be light, a contrast with the old church and much care was given to the details including the bells, which needed to be on two levels in the slimmer tower. 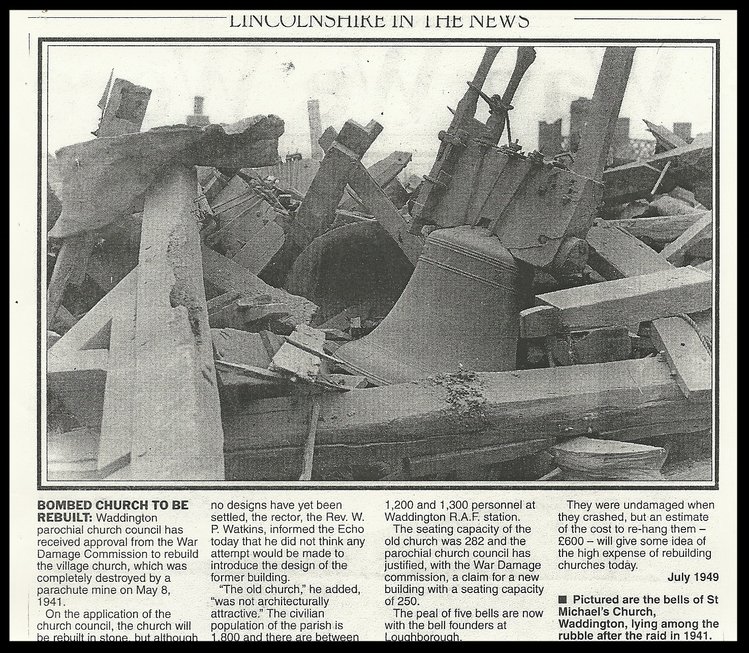 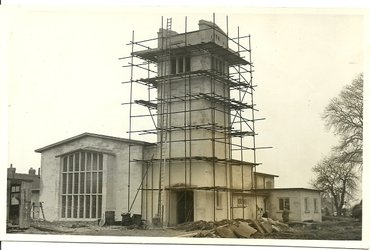 The site was surveyed on the 27th May 1951.  The foundation stone was layed on September 29th 1952.  In 1952 the Revd Watkins left and the Revd Geoffrey Griffith arrived to oversea the finishing of the work.

During this time the Worship continued in the village school and today, couples deliberating their silver wedding anniversaries look with interest at the Youth Club where they were married, babies were christened and dear ones mourned.

Over time the necessary money was raised and grants obtained from war funds and the foundation stone of the present building was laid in 1952. 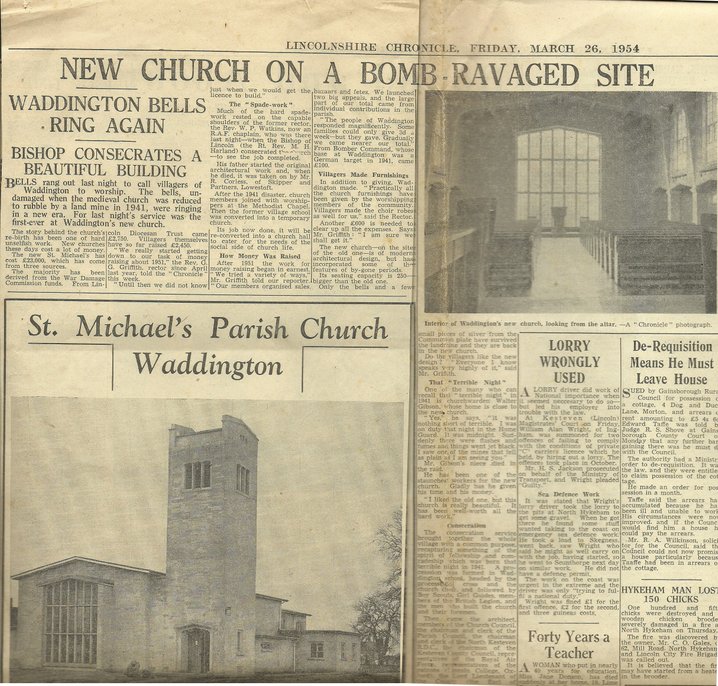 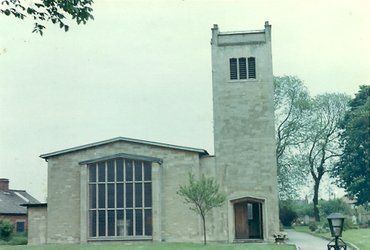 Finally the Church was completed in 1954 combining a traditional shape with a light and modern appearance.  The new St Michael's of Waddington was then consecrated on March 25th 1954.

The only parts of the church to be retained were the bells, some of which have rung out over Waddington for hundreds of years.  The hands of the clock also remain and bits of carved stone can be seen in gardens, collected by villagers to remind them of the church they loved.

Rev Griffith said of the new Building In 1954:

“Once again the Church of St Michaels stands erect, complete in the beauty of holiness, dedicated to the service of God in the fellowship of Christs Church”